Rental of fishing kayaks, boat and guided fishing trips at Hvide Sande and in Ringkøbing Fjord

Vonå is an approx. 6 km long stream that drains Stadil Fjord. From the southern end of Stadil Fjord, the Vonåen river flows south, where it flows west of Ringkøbing into Ringkøbing Fjord.

You can fish from land - i.a. by the 3 bridges that cross the Vonåen river - but it will definitely be easier to pursue the fish from kayak, bellyboat or boat. 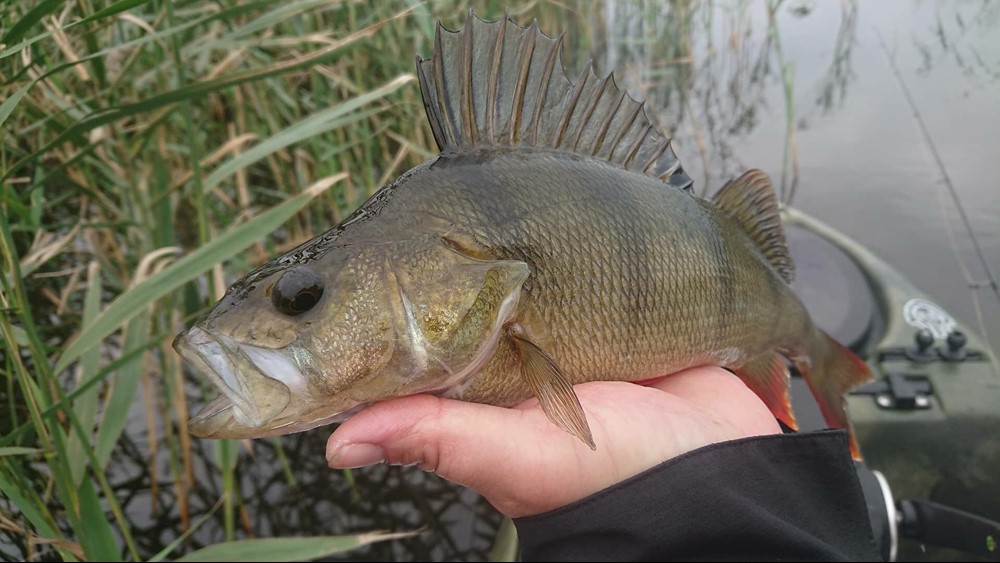 The perch fishery can be really good in the creek. The fish, however, move around a lot in the stream, but slopes and holes often house larger groups or shoals of the striped bandits. In the holes of the river with slow flow you can also find the pike. However, these are most often found in the wider and shallow areas. Here you can sometimes experience a true bonanza of medium-sized pike.

The kayaks from Westcoast Sportfishing can be equipped with echo sounders on request, so it is easier to find slopes and river holes.

Note: It is not allowed to bring home trout / salmon caught in Vonå! Trout / salmon are totally protected in Ringkøbing Fjord, Stadil Fjord and in Vonåen - and when caught, they must be gently released.